Art and (no) money 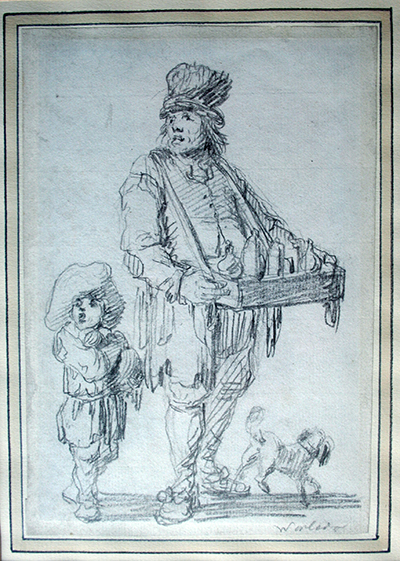 There is a romantic notion that a good artist should be poor. The poorer the artist, the more beautiful his art works will be. Ennobling hardship and lack of the basic necessities of life would bring out the best in a creative soul.

Apart from being a romantic idea this concept goes back to the hermits of early Christianity, who renounced all worldly possessions in order to find the truth, money and truth being incompatible.

The works of a gifted artist will be a source of inspiration to all – a talent always is a gift to others.
Artists are sensitive to other aspects of life than most people; they have their own way of looking at the world and share their amazement through their art. They remind the world of the deeper layers of our existence, a deeper meaning of life, a different perspective, beyond a materialistic world that only seems to be driven by – and measured in dollars, or any other currency you can get your hands on. Artists and money are in a strange and complicated relationship.

Off course there is no reason why an artist should be poor, or that misery would be a prerequisite to produce great art. But it is true that many artists are poor. It should be possible for an artist to live off his or her art, but many cannot. They keep creating art out of an inner necessity, but if they would have been accountants or dentists, they might have closed shop long before.

Many artists are poor businessmen or -women, even though the production, promotion and selling of their art requires those very skills. It can be difficult, though, to make truly inspired art when the main focus is on making money, rather than art.

There seem to be two oppositional types of artists: the ones that fit in and thrive in the commercial system of the art world and the ones that fall out of it, or deny its very existence. 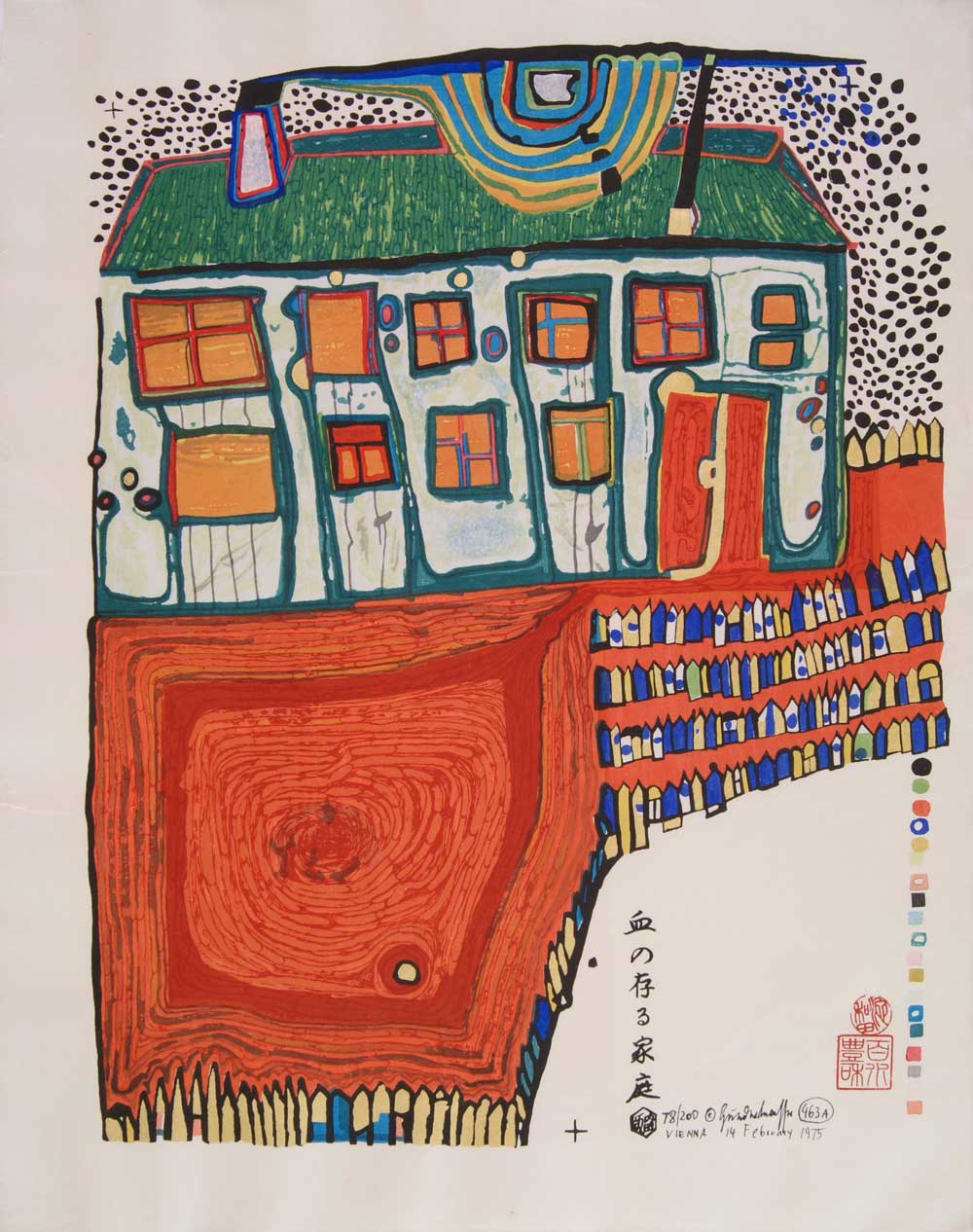 The Viennese artist Friedensreich Hundertwasser (1928 – 2000), for one, tried to step out of the system all together. Though young Hundertwasser was baptised in 1937, he would not be safe from Nazi prosecution. As by a miracle he survived the war. In order to protect the family his mother made him a member of the Hitler Jugend. After school he would sleep until midnight, in order to evade the S.S. patrols. Whenever there was a knock on the door, he would put on his Hitler Jugend insignia, swastika arm band and his father’s First World War decorations, in order to rebuff the S.S. men at the door. It saved him twice.

After the war he travelled to Italy and France and he undertook numerous and adventurous trips to Morocco, Tunisia, Nepal, Tokyo and Siberia. He learnt to live without – or with very little –money, and this made him very happy. “If you want to be independent, you will have to be independent of money”. “You need so little to sustain yourself. Communists, socialists, the unions, they all want more: more money and more things that money can buy. What would happen if people, instead of wanting more, would want less and less? They would be happier, healthier, not eat too much fat, get rid of their cars and ride a bicycle instead, cultivate vegetables in their garden and everybody would need increasingly less money. I think that would be an interesting experiment.”

Since he was not interested in money, he resisted the idea of selling his art. By the time his work started attracting the attention of collectors he refused to sell. As a result they would double or triple their offer. When, at last, Hundertwasser would yield, he unwantingly had obtained the reputation of a smart businessman. “Strange”, Hundertwasser said, “if you do not need the money, it chases you.”

Hundertwasser’s counterpart could be found in an artist such as Andy Warhol, who combined highly commercial methods of marketing with avant-garde forms of expression. The branding of both his art and his own celebrity status (“more than anything people just want stars“) formed part of his expression as an artist. At the same time in interviews he provokingly denied his own artistry or any deeper meaning in his work. In his own words: “making money is art and working is art, and good business is the best art.” Indeed he seems to have observed the world as it were a television show – detached, and with nothing to lose – to see how far he could stretch it and make it rich.

In similar fashion Damien Hirst very well knew how to play the system. Preoccupied with life and (or rather) death, his ironic, decadent and provocative art shocked, surprised and changed the art world. Hirst also proved to be a savvy businessman, for his career in art made him the richest artist alive.

There is nothing new to that. There are many examples in history of artists that remained poor (van Gogh), successful artists that grew rich (Rubens) and initially successful artists that became poor again (Rembrandt).
On the other hand there is no denying that the art world at large, since the 1980’s has become increasingly commercial. There is a big focus on money. Art has become a commodity. Museums, universities and art institutions are being run like commercial institutions. Articles on auctions and art fairs read like reports on the stock market. The present focus of the art market on contemporary art will offer some artists a chance to make it big.  But as we have seen sometimes the money comes and sometimes the money goes. What remains, is art.

Woodcut:
FRIEDENSREICH HUNDERTWASSER (1928 – 2000)
Blood Garden House (Blutregenfieberhaus) HWG 63, 463A
Japanese woodcut in 20 colours, on Japon, published in 1974 by Grüner Janura AG, Glarus in an edition of 200, signed and numbered from1 to 200, with the work number 463A.
Signed and dated in ink “Vienna 14 February 1975”, numbered 78/200, inscribed (in many Japanese colour woodcuts the title of the work has been printed in Japanese characters) and with Japanese inkan stamps (of publishers, printers, paper and paint producers, or of the co-ordinators involved) and colour-separation marks; with margins, framed.
540 mm x 430 mm; S.475 mm x 370 mm
Cut by Hideo Maruyma Horishi, Kyoto. Printed by T. Matsuoka Surishi, Kyoto, 1973. Part of the gold printed by Matashiro Uchikawa Surishi, Tokyo 1973. Coordinator: Yuko Ikewada.


Sunday, March 15th, 2015 under Blog.
Follow responses through the RSS 2.0 feed. Both comments and pings are currently closed.